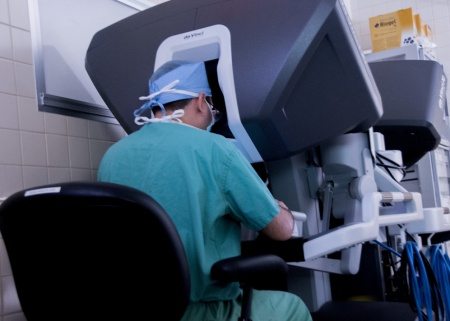 “Integration of a robotic surgical program to WBAMC is a very exciting venture,” said Maj. Jennifer Orr, chief, department of women’s and children’s services, WBAMC. “It supports our goal of providing safe, comprehensive, and top-notch care to our soldiers and dependents, while optimizing medical readiness and return to duty.”

Hospital stays and recovery times are minimized due to the surgical system’s small incisions, less than 1 cm length, which allow articulating instruments to enter. The instruments are capable of bending and rotating far greater than the human wrist.

“We can now offer both complex and routine procedures through a few small incisions, offering less blood loss, shorter hospital stay, and ultimately a faster recovery for our beneficiaries,” said Orr. “Previously, limitations of laparoscopic surgery, such as poor visualization and range of motion, could result in conversion to an open procedure.”

The surgical system is outfitted with a high-definition 3D imaging system which displays a clear and magnified view of the surgical site for surgeons. The image system also contains two surgeon-operated controllers.

According to Orr, who led the development of the robotic program at WBAMC, acquisition of the robotic system will allow WBAMC to recapture over 300 cases per year which were being performed elsewhere.

“We have a dedicated robotics team that is well trained and motivated for success,” said Orr. “In addition, we have a variety of board-certified, extremely capable and dedicated surgeons who are very excited that they can now provide this service to their patients within the walls of WBAMC.”

The first surgery performed by the surgical system was a successful hysterectomy by OB-GYN physicians.

“This is a major accomplishment and advancement for (WBAMC),” said Orr. “Acquisition of a robotic surgical system is a testament to our commitment to provide patients with the newest technology and treatment options available.” 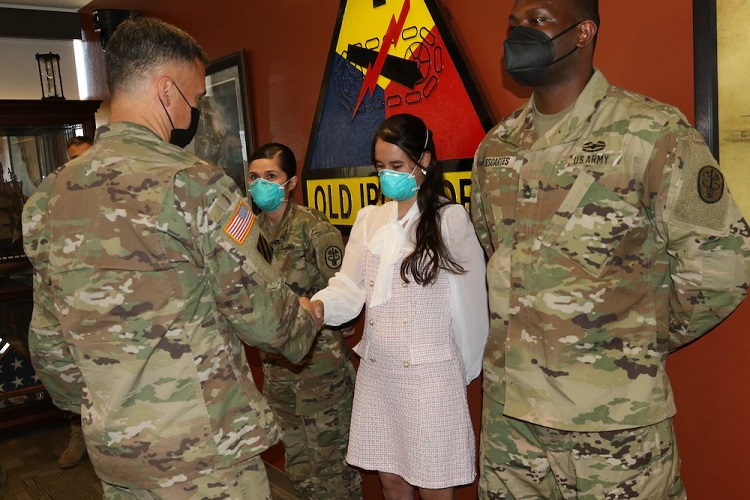