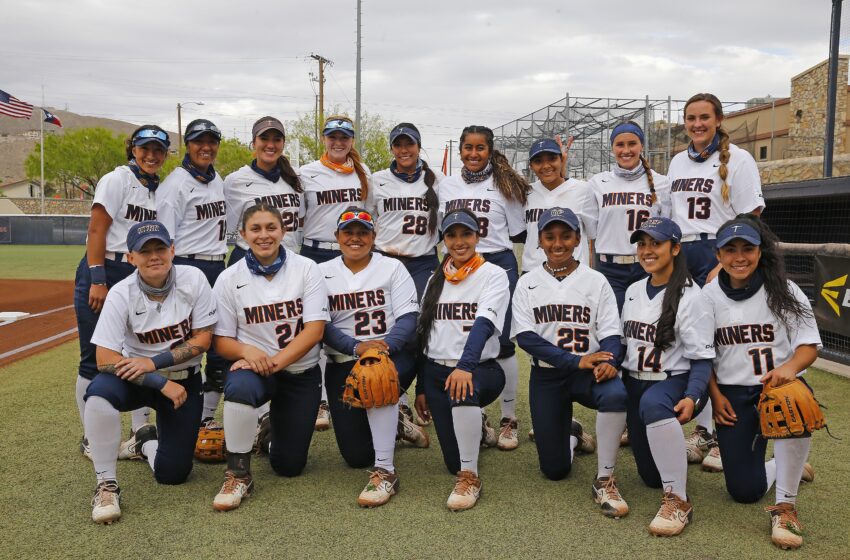 All games will be available for streaming on C-USA.TV.

UTEP softball (8-20, 3-9 C-USA) battles Louisiana Tech (15-23, 4-4 C-USA), the team one spot above the Miners in the Conference USA standings at fourth place, in a pair of double-headers in Ruston, Louisiana.

The four games will play a pivotal role in determining the West Division’s final seed of the Conference USA Tournament.

“We need to have our eyes set on winning four,” head coach TJ Hubbard said. “It’s a pivotal point for us. We can turn some things around and get back in the win column and keep our season alive.”

Should the Miners sweep the Lady Techsters, their conference record would jump to 7-9 (.438 winning percentage) which would move them up to fourth place in the standings ahead of LA Tech with a potential 4-12 conference record. UTEP would remain in fifth place with any other outcome of the series.

Junior infielder Kasey Flores is on the verge of reaching two career milestones, sitting at 96 hits and 73 RBIs.

Last time out, UTEP was swept in its four-game set with North Texas last weekend from April 16-18. The Miners scored six runs over the series. Flores logged her sixth home run of the season with a two-run shot in the series finale.

“Since we started C-USA play, (Calderon) has been the go-to kid in the circle,” Hubbard said. “We can bring her in in just about any situation whether it’s a relief or starting role and know what we’re going to get. She’s given up a few walks here and there, but I think her earned run average (ERA), her opponent batting average and the number of strikeouts she’s been able to rack up has just been phenomenal.”

Calderon has registered a 2.33 ERA over 27 innings in her 10 pitching appearances since the start of conference play.

LA Tech most recently played two non-conference games this weekend on Tuesday versus No. 14 Louisiana-Lafayette in a 7-0 loss and Grambling State in an 8-1 victory. The Lady Techsters have played two C-USA series this season with their most recent being against UAB. Similar to UTEP, LA Tech won just one of the four games.

The Lady Techsters rank last in the conference in batting average (.240) and 11th in on-base percentage (.325). Senior outfielder Madie Green owns LA Tech’s highest batting average (.284) and is its home run leader (3). In the circle, LA Tech has allowed a team ERA of 4.25 and 283 hits which is the most in C-USA.

LA Tech was the last team UTEP faced before the COVID-19 shutdown to the 2020 season. The Miners took one of the three games in the series with an 8-0 mercy-rule victory.

Calderon pitched a complete-game shutout, allowing only four hits in the game. The all-time series rests in the Lady Techsters’ favor with a 15-13 record.

MINERS RANKINGS IN C-USA AND NATIONALLY

The games will be available for streaming on C-USA.TV.