County Judge Ricardo Samaniego said his community isn’t ready for the second phase of Texas’ reopening — and he has data to back up his opinion.

COVID-19 cases in this border city have surged this month as some businesses began reopening and more tests are being conducted. On May 1, when some state restrictions were lifted, El Paso County had 961 positive cases and 22 deaths. By May 14, cases had risen 67%, to 1,607 — the state’s sixth-highest total — and the number of deaths had almost doubled to 43.

But Samaniego also sees what’s happening in other parts of Texas, with armed protesters guarding businesses whose owners want to open in defiance of state restrictions and a Dallas salon operator becoming an overnight media sensation after she was jailed — and then released after the governor weighed in — for defying a local judge’s order to close her shop.

He doesn’t want those types of controversies to divide his community, so he and more than a dozen local elected and health officials are trying a different approach. Last week, they asked Gov. Greg Abbott to exclude El Paso from parts of his executive order that allows certain businesses to reopen at limited capacity.

“It’s well thought out, a lot of the tactics that [the governor] is using make a lot of sense, but it’s extremely premature for El Paso,” Samaniego said. “San Antonio and Harris County and some of the bigger counties, they were already testing to a much more significant level than we were [in March]. Wouldn’t it stand to reason as well that we wait for those [testing] numbers to come back so we have a good definition of our problem? We’re very isolated here, and we need a different time frame.”

Abbott’s office didn’t respond to a request for comment about the judge’s letter. It’s unclear whether other counties have made similar requests.

In March, when the pandemic hit Texas and COVID-19 cases began to increase significantly, county governments took the lead in crafting policies to prevent the spread, including mandating face coverings and banning large gatherings. But Abbott has assumed control of the state’s reopening, which has led to confusion and some conflict between state leaders and local officials.

In one incident that became national news, Dallas salon owner Shelly Luther was jailed for violating a cease-and-desist order, then released after Abbott and Attorney General Ken Paxton intervened.

“Without any regards to the [politics] of that, if you elevate someone who violates a public health order to the level of a celebrity or turn them into a martyr, you’re encouraging copycatism,” said Dallas Mayor Eric Johnson. “You’re encouraging folks to say, ‘Yeah, the governor said 25% occupancy, but that doesn’t really work for me, I need to be at 100[%] for my business model, so I’m just going to do 100.”

After allowing restaurants, movie theaters and retail stores to open at 25% of capacity, Abbott is expected to allow higher capacity at those businesses and allow other businesses to reopen.

Abbott’s order states he can suspend reopening in individual counties based on recommendations from medical professionals — but that decision is strictly his.

Samaniego has asked to keep the current restrictions in place until El Paso sees a two-week downward trend of positive cases or a downward trajectory of positive cases as a percent of total tests. El Paso is considered a medically underserved area, which means the population is especially vulnerable to the virus, Samaniego said in a letter he sent to Abbott’s office requesting the local exemption.

“According to the CDC [Centers for Disease Control and Prevention], factors such as living conditions, work conditions, underlying health conditions and access to care are suspected as causing this disproportionate impact on minority populations contracting” the virus, Samaniego wrote, quoting census data showing that El Paso’s population is 83% Hispanic and has a median household income of $44,597, and roughly 24% of the population under 65 lacks health insurance. That’s compared with statewide medians of $59,570 in household income and 20% without insurance.

El Paso also borders New Mexico and Chihuahua, Mexico, where the number of COVID-19 cases continues to rise. As of Thursday, Ciudad Juárez, the city across the Rio Grande from El Paso, had reported 553 cases and 128 deaths.

“We’ve got people that work in El Paso that live in Juárez, and we have a lot of people in Las Cruces [in New Mexico] that are very close to us that are dealing with their own situations,” he said.

Former Travis County Judge Sarah Eckhardt, who resigned her post after deciding to run for a state Senate seat, said she and other county judges support Samaniego’s decision to ask for the carve-out. (Although she resigned as the county’s chief executive, she is still its point person for COVID-19 response, she said.)

Eckhardt said that although it’s clearly within the governor’s power to overrule local restrictions during the pandemic, she and other county officials regularly discuss what options they have if they see a sudden spike in cases after restrictions are lifted.

“The counties are unified in believing that if our data, if our hospitalization rates combined with our positive tests, indicate we are in the danger zone, we are hopeful that the state will allow us to respond [with local policies],” she said.

El Paso Mayor Dee Margo said he’s also concerned about a spike in cases now that restrictions are being lifted and agreed that El Paso isn’t ready for additional reopening. But he said the city’s options are limited by the governor’s order. Margo and Samaniego said they will continue urging residents to wear face coverings and practice social distancing even though they are unable to require compliance.

Margo didn’t sign on to Samaniego’s letter but said he has spoken with Abbott, who agreed to send state response teams to increase testing in El Paso. They arrived last weekend and were set up in various parts of the city and county, Margo said.

Margo added that former state Rep. John Zerwas, who is serving on the governor’s coronavirus strike force, promised that El Paso would have enough hospital rooms and ventilators if the area sees a spike in cases, and the state epidemiology team will work with the county health director to identify and address hot spots in the area.

“The whole idea is that we’re going to see where we are at the end of two weeks, which is what I agreed to with Abbott,” Margo said. “The more tests you do, the more positives you’re going to have. The question has always been on how much testing do you need to do to be comfortable with where you are, and I don’t have an answer for that.” 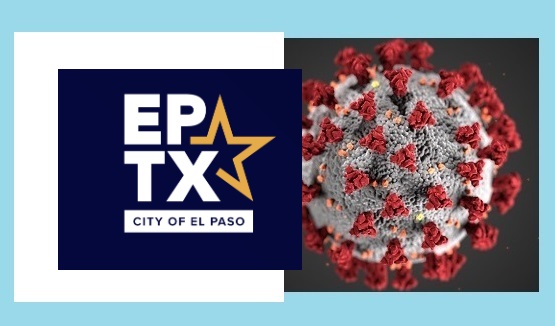 Gov. Greg Abbott is cracking down on...