The Texas Parks and Wildlife Department is conducting a feasibility study to determine the future of the Wyler Aerial Tramway.

El Paso residents have until 11:59 p.m. Monday, October 21 to provide input on the project.

“It’s a piece of El Paso’s identity, and a big part of our history. It was a very popular destination up until it ceased operation,” said Eric Pearson, president of the El Paso Community Foundation. “Thanks to our lawmakers in Austin, especially Senator Jose Rodriguez and State Representative Lina Ortega, we now all have an opportunity to work on a new concept.”

The Wyler Aerial Tramway, which averaged 45,000 visitors a year, was closed to the public indefinitely in 2018 due to safety concerns. It was built in 1959 by broadcast pioneer and KTSM TV and radio station owner Karl O. Wyler, who opened it to the public in 1960. It closed in 1986 due to high insurance costs.

Mr. Wyler willed it to the El Paso Community Foundation, which donated the newly renamed Wyler Aerial Tramway and 170 surrounding acres to the Texas Parks and Wildlife Department.

The tramway reopened in 2001 as part of the Franklin Mountains State Park.

Sen. Rodriguez and Rep. Ortega were instrumental this summer in securing $5 million toward renovation of the tramway.

The bilingual online survey is available online; community feedback is important to the effort to reopen the tramway. 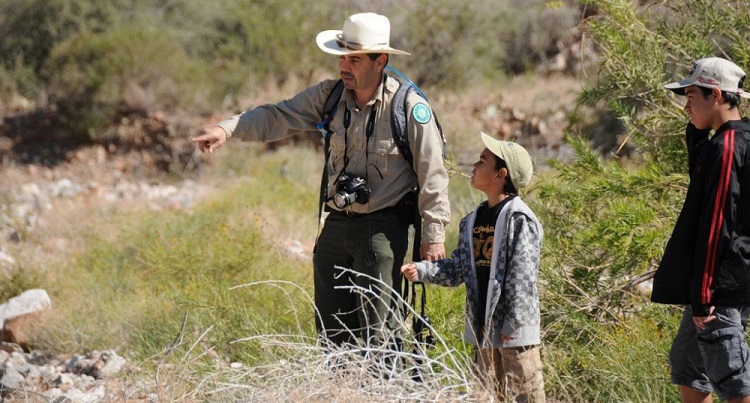 Residents invited to trek into the next...