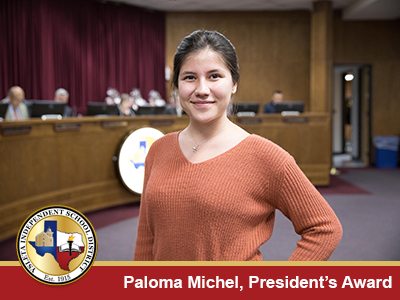 Valle Verde Early College High School junior Paloma Michel was honored by the Ysleta ISD Board of Trustees, as they bestowed the President’s Award during their December board meeting.

Paloma participates in organizations that include the STEM Club, National Honor Society, and the Garden Club, where she works with other students throughout the year to beautify the school’s exterior with sunflowers and other vegetation.

But Paloma’s most significant contribution this year extends far beyond the walls of Valle Verde. When a devastating earthquake hit Mexico in September, Paloma’s heart went out to the victims because she spent much of her childhood in Mexico. When she saw a Facebook post about a love note discovered among the ruins by a firefighter, it became her call to action.

She organized a school drive to collect items for quake survivors, and was able to gather six truckloads of donated items that included personal hygiene products, diapers, first-aid kits, canned goods, and water.

Via a news release, YISD Officials said, “We commend Paloma for her initiative, generosity, and spirit for community service.”

The President’s Award is given by the President of the Board of Trustees to a YISD student who has demonstrated exceptional and/or innovative, out-of-the-ordinary service to others, particularly those within the YISD community. This award will be presented to the selected recipient a maximum of once per month during the regularly scheduled meeting of the YISD Board of Trustees.

Eligible YISD students must be nominated for the award by a school principal, assistant principal, or Trustee; and must be in good academic and disciplinary standing. 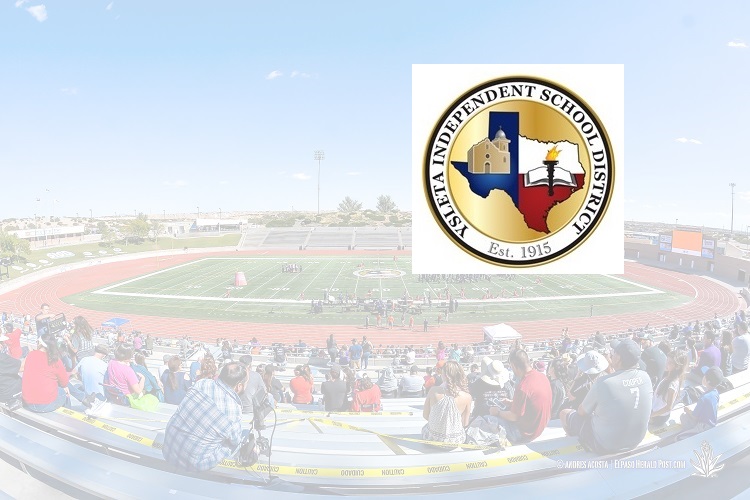