Parkland Pre-Engineering Middle School student, Andrea Mendez, earned the top scorer in the entire state of Texas for the week of March  26th in the Achieve 3000 Read to Succeed contest.

District officials share that fifteen-year veteran English and ESL teacher Annalletta Mora, received notice of the contest with only one month of preparation time.

“In spite of the challenges and time constraints she was facing, she thought of a creative way to present the contest to her class,” YISD officials shared. ” Her goal was to promote literacy to all of her students using this contest.”

District officials say that Andrea quickly took interest and informed her that she would have the lessons done by that evening.

To motivate her student, Mrs. Mora challenged Andrea to achieve this task and without hesitation, she accepted. Not only had Andrea fulfilled her promise, but she took it an extra degree on her own by ranking first in the state.

“Later that evening, Mrs. Mora’s heart raced with excitement when she received the notification that Andrea completed her lessons.  She followed through on her promise and Mrs. Mora was extremely proud!” YISD officials added.

In her teaching practice, Mrs. Mora often reflects on the philosophy taught in the book 212° – The Extra Degree, by Sam Parker and Mac Anderson.

“As educators, we need to help students get to the 211 degrees mark and show them how to get the extra degree themselves,” Mora shares.

As part of their mantra, Parkland Pre-Engineering Middle School instills in their students and staff that they are the heart of the northeast and “hustle and heart sets us apart.”  This, hand in hand with the 212 degrees philosophy, helped Mrs. Mora guide Andrea to set a goal, achieve it, and with the right mind set, she became the top performer in the state.

Students in participating classes have the opportunity to complete a multiple-choice activity in order to help the class earn points towards prizes. 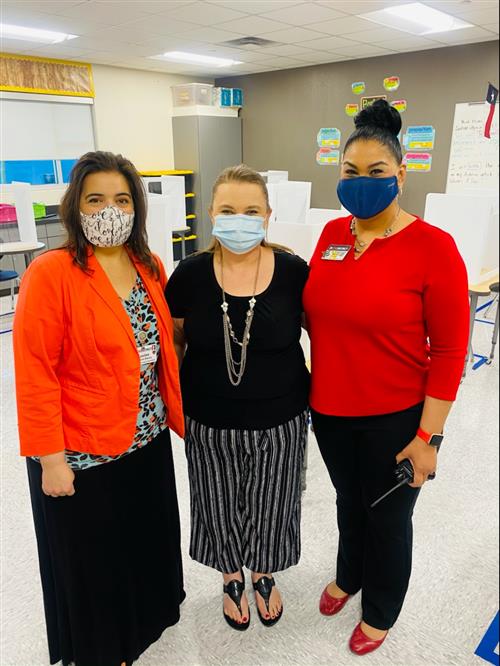