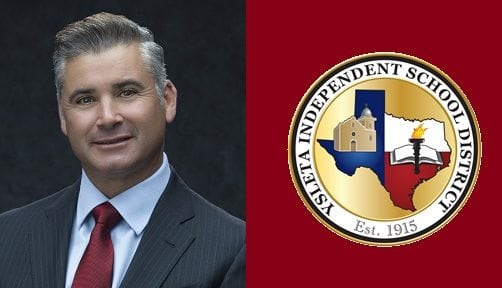 The PCPEI is an influential committee comprised of a small group of school leaders from around the state that provides guidance affecting all Texas public schools. Specifically, this advisory committee addresses policy issues regarding information and data requirements that support students’ educational needs statewide.

This appointment is the second statewide position for De La Torre. Earlier this year, he was elected to serve as the 2019 chair of the Texas Urban Council of Superintendents, a network of the state’s largest urban school districts that meets regularly to discuss governance, leadership, management, governmental relations, and other topics relevant to traditional urban public schools.

Via a news release, YISD officials said, “De La Torre has taken an interest in education policy to ensure that El Paso and West Texas are properly represented on important issues that affect our schools.”

“He plans to use these positions to ensure that future policies do not have adverse consequences that may negatively impact students,” officials added.