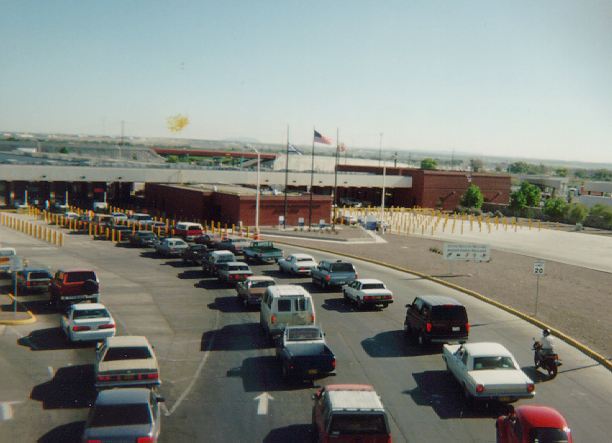 U.S. Customs and Border Protection officials announced Wednesday that Officers working at the Ysleta Port of Entry seized several bundles of methamphetamine and fentanyl strapped to the body of a 13-year-old boy.

“Smugglers will use any method they can to attempt to smuggle drugs,” said CBP Ysleta Port Director Arnoldo Gomez, “Unfortunately, in this case, a mother used her 13-year-old son in her attempt to deceive CBP Officers.”

According to the CBP, the seizure was made just before 7 a.m. on October 21 as the boy and his two siblings – ages 12 and 5 -were traveling with their mother, a U.S. citizen.

At the checkpoint, CBP Officers selected the vehicle for secondary inspection.

“During that inspection, a drug sniffing dog alerted to the presence of narcotics on the front passenger seat of the vehicle. CBP Officers noticed the boy that was seated there, a 13-year-old boy, had a square shaped item protruding from his back,” CBP officials shared. “Officers discovered several bundles taped to the minor’s body.

According to the officers, the bundles contained 2.25 pounds of methamphetamine and 1.10 pounds of fentanyl.

CBP Officers arrested the woman and she was turned over to authorities to face charges for the failed smuggling attempt. The three children were released to a family member.