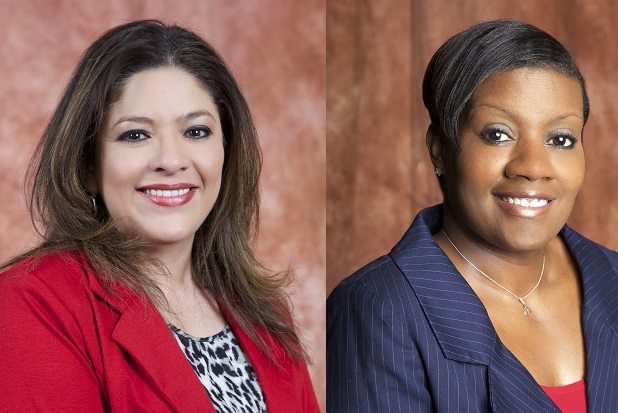 East Point Elementary School Principal Dana Boyd has been named one of nine finalists – and the sole finalist in El Paso – for the Texas National Distinguished Principal award by the Texas Elementary Principals and Supervisors Association (TEPSA).

Casillas, who previously served as assistant principal at East Point ES, is now eligible to apply for the National Assistant Principal of the Year for Texas, which honors exceptional leadership in a particular school program or finding a solution to a problem faced by a school, and setting high expectations for staff and students.

Boyd was named a finalist for Texas National Distinguished Principal not only for her extraordinary campus leadership, but her commitment to students and staff, serving the community, and contributing to the profession. She was among 97 principals to be nominated for 2016 award, TEPSA officials said.

“These exemplary principals are guiding the future and proving students from all walks of life can be successful,” TEPSA Executive Director Harley Eckhart said.

Boyd, who taught first, second, and third grades before becoming a principal, was selected as Texas Teacher of the Year in 2007. She is a firm believer in the philosophy of a professional learning community at her campus, and instills the culture of a “family” at the school. She is also known as an out-of-the-box leader who pushes her staff to do what they think they can’t.

“The caliber of principals in the state of Texas is monumental. For me to be one of nine finalists in the entire state of Texas is quite humbling and I am honored,” Boyd said. “But this would not be possible without the teachers, students, parents and colleagues I work with on a daily basis. It is because of them that I love my job every day!”

TEPSA will now send a team of principals and other personnel to conduct a site visit at East Point Elementary School in the next two weeks, officials said. The goal is for the team to spend a typical day on the campus, learn more about the school, and take new ideas back to their school districts. The team will arrive before the morning bell, conduct a walk-through of the campus, and interview teachers and staff as part of their visit.

Casillas will also be recognized at this awards reception for winning Regional Assistant Principal of the Year.