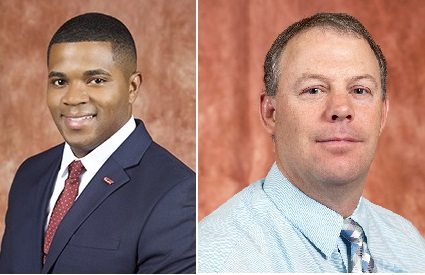 With the new school year under way, the Ysleta Independent School District is announcing two new principals who have been appointed to provide expertise and leadership at Eastwood Middle and Parkland High schools.

Boatwright began his career with YISD in 1993 as a teacher and coach at Eastwood High School. He also served as assistant principal at Montwood High School from 2007 to 2012 before returning to YISD as an assistant principal at Cesar Chavez Academy. He holds a bachelor’s degree in education from the University of Texas at El Paso, and a master’s degree in educational administration from Sul Ross State University.

Dr. Henson most recently worked as a principal in the El Paso Independent School District. He began his career in 2006 as a fourth-grade teacher in the Austin Independent School District, and went on to teach at school districts in Pflugerville and Houston from 2008 to 2012. He also worked as a principal in the Houston and Lockhart school districts before relocating to El Paso in 2015.