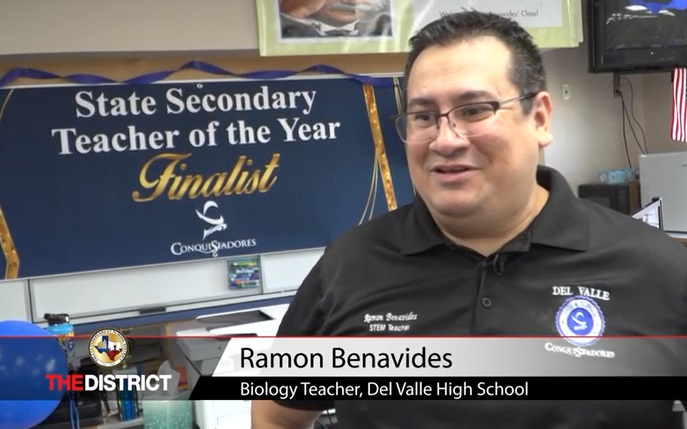 Last week, the Texas Association of School Administrators (TASA) announced that a teacher from Ysleta ISD is among the six finalists for the 2022 Texas Teacher of the Year program.

Ramon Benavides is the son of migrant farmworkers who dropped out of school at a young age, only to return and become educators in the Rio Grande Valley. He says that their journey was the beginning of his: He’s been passionately sharing the “fascinating world of biology” for the last 12 years at Ysleta ISD’s Del Valle High School and El Paso Community College in hopes of producing future leaders from the El Paso border region.

He is currently pursuing a doctorate in educational leadership and policy from Texas Tech University. Benavides is a part of several state and national professional organizations. He has been published in two publications and has participated in several research internships with Rice University and UTEP. He is also a national STEM advocate for The Society for Science and the Public.

Benavides says he recognizes the importance of equity and inclusion in all STEM classrooms and that he wants to deliver a message of change to students, teachers, educational leaders, and policymakers “to see a difference in the current paradigm — thus, ensuring underrepresented students attain a fair chance at success in STEM professions.”

The Texas Teacher of the Year program has honored excellence in classroom education since 1969. The program, facilitated by TASA since 2011, annually recognizes and rewards teachers who have demonstrated outstanding leadership and excellence in teaching.