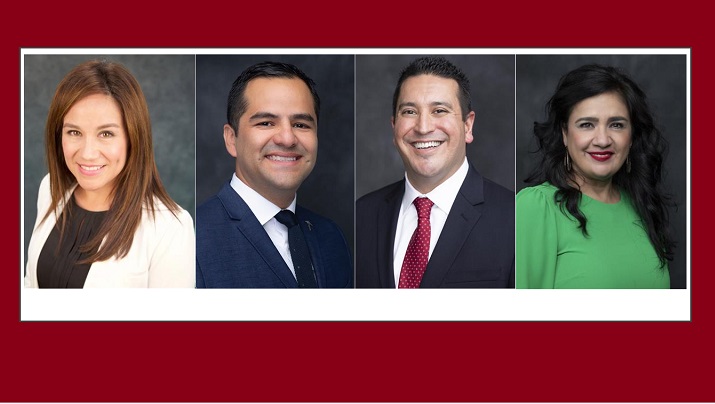 She holds a bachelor’s degree in Elementary Education and a master’s degree in Educational Administration, both from the University of Texas at El Paso (UTEP).

Daniel Medina, current Del Valle High School assistant principal, has been selected to serve as principal at Riverside Middle School. He began his professional career in 2006 as a middle-school teacher, later serving as instructional specialist and assistant principal.

Medina earned a bachelor’s degree in Communications from UTEP and a master’s degree in Educational Administration from Sul Ross State University.

Jacob Valtierra, current principal at Riverside Middle School, will serve as the new principal of Bel Air High School. Valtierra launched his career in education in 2007 as a teacher at Parkland High School.

Cadena began her career in 1996 as a teacher at Pasodale Elementary School, later serving as instructional specialist and coordinator. She earned a bachelor’s degree in Interdisciplinary Studies from UTEP and a master’s degree in Education from the University of Phoenix.