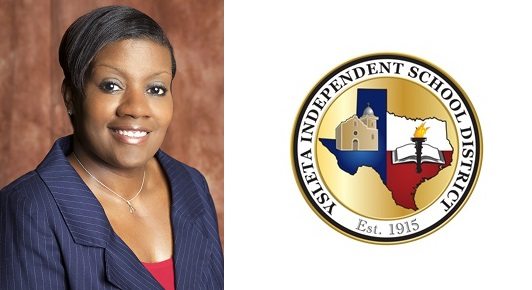 Dana Boyd, principal of East Point Elementary School in the Ysleta Independent School District (YISD), was among six U.S. education leaders and former governors who were appointed Thursday to serve on the nonpartisan National Assessment Governing Board by U.S. Secretary of Education Betsy DeVos.

In her role on the Governing Board, Boyd will help set policy for The Nation’s Report Card – or the National Assessment of Educational Progress (NAEP) – which provides data on student performance to the public and to education policymakers at the national, state and local levels, officials said.

Boyd’s four year-term on the Governing Board begins Oct. 1. Other members include governors, state legislators, local and state school officials, educators and researchers, business representatives and members of the general public.

“It’s a privilege to have an accomplished educator such as Dana Boyd to oversee NAEP,” Secretary DeVos said. “The Board plays an important role in assessing student achievement, and her perspective will be critical as we work to close the achievement gap and ensure all students have equal access to a great education.”

During her tenure at YISD, Boyd has enjoyed a bevy of awards and honors, including being named 2016 Texas National Distinguished Principal and 2007 Texas Teacher of the Year, and being inducted this year into the El Paso Commission for Women’s Hall of Fame. In her seven years as East Point ES principal, she has led the development of professional learning communities and the use of data in implementing needed interventions and enrichment.

Since 1969, NAEP has served as a national yardstick of student achievement. Through The Nation’s Report Card, NAEP informs the public about what American students know and can do in various subject areas; and compares achievement between states, large urban districts, and various student demographic groups.

The 26-member nonpartisan, independent Governing Board determines the subjects and content tested by NAEP, sets achievement levels for reporting, and publicly releases the results.

Boyd takes office as the Governing Board fulfills its strategic vision, which calls for developing strategic partnerships with groups to disseminate NAEP data and resources; and advancing the content, design and reporting of NAEP. The National Center for Education Statistics, within the Institute of Education Sciences, administers NAEP.