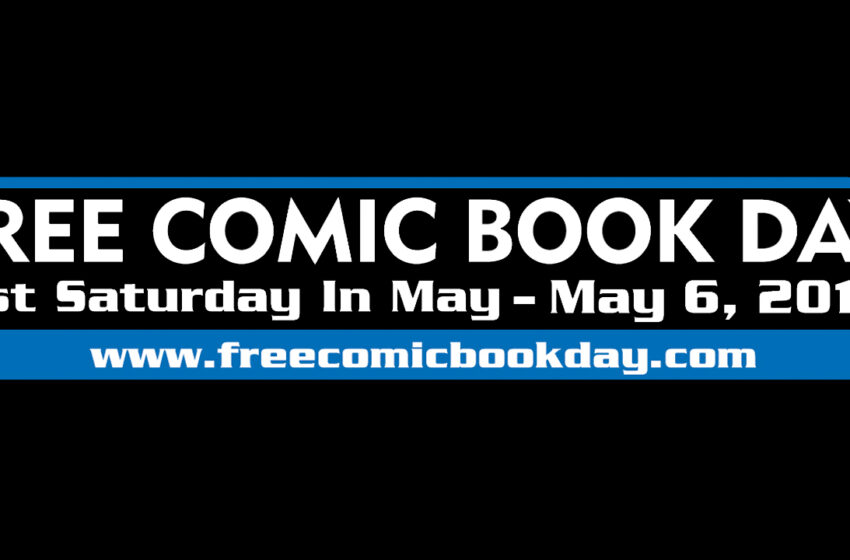 Zia Comics is hosting Free Comic Book Day (FCBD) again in 2017. FCBD is always the first Saturday in May. It is a day where all participating comic book stores have special comic books available to customers at no charge, that’s right…FREE!

Zia Comics has had to allow only a set number of people in the store at a time due to fire codes. This resulted in cramped space inside the store and long waiting lines outside. We were faced with two possible solutions. 1) We could downsize the FCBD event so that it fit comfortably inside the confines of the store or 2) Find a bigger venue to host our FCBD. We opted for choice #2.

May 6, 2017, Zia Comics Free Comic Book Day will be at the Mesilla Valley Mall. This allowed us to not only not go smaller, but we actually increased all the stuff we can do for FCBD. We are bringing in two current DC Comic artists, Brett Booth & Norm Rapmund. We are bringing in a load of local talent such as Jaime Carrillo, Charles Ben Jones, Andy Perez, Dan Klimut, Juan Muro, Daniel Campo, Ray Ramos

We are bringing in cosplayers Ginny Di & Christina Dark.

Military Gamer Supply will be there with some of their gaming goodness.

Dave & Buster’s of El Paso will be there giving out all kinds of swag. I’ve heard a rumor there will be Power Cards to be had as well.

The Vhe’rang Clan of Mandalorian Mercs Star Wars costuming club will be in attendance. Hopefully some of the 501st Legion Vader’s Fist will be able to make it. The R2 Builders Club will be represented by a working R2-D2 droid.

Las Cruces Comic Con will be there with some freebies… including Friday night preview passes.

Oh yea, there will be lots and lots of FREE comics (limited to 3 per person while supplies last). Mark your calendar and hope to see you there.