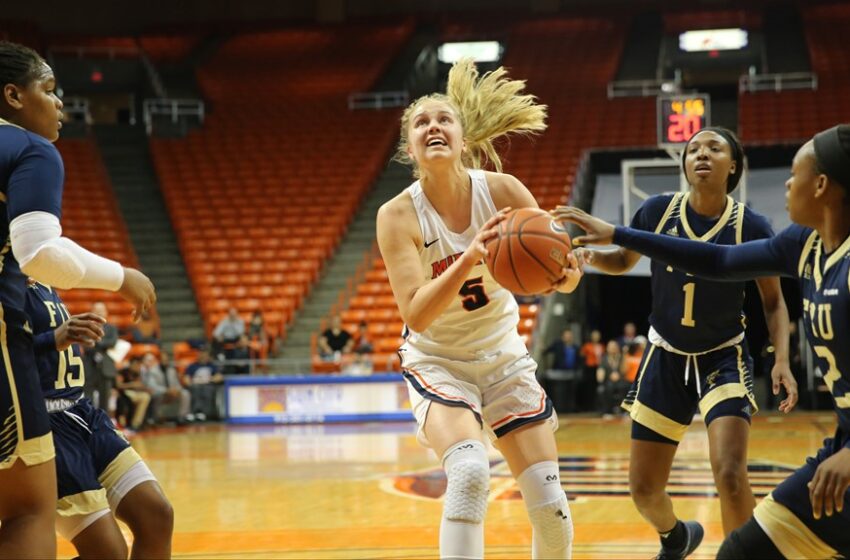 IRVING, Tx- Sophomore Zuzanna Puc has been named as the C-USA Player of the Week, the league office announced Sunday. It is the first weekly award for the Miners this season and the initial such accolade for Puc in her career.

She averaged 23.0 points-on 63.0 percent (17-27) shooting- 8.5 rebounds and 4.0 assists to help UTEP forge a perfect 2-0 record on the week, including toppling co-leading leading WKU in the regular-season finale for both squads. Her efforts helped the Miners go from a precarious hold of 12th place to securing a nine seed for the upcoming 2018 C-USA Championships (Wednesday-Saturday).

“Zuza has been capable of having a great week like this all season,” UTEP head coach Kevin Baker said. “I’m glad to see her feel great and play well. We are finally getting to see a semi-healthy Zuza and the things she can do when she is not in pain.”

Puc got the week going by pouring in a career-high 27 points on 9-15 shooting, including a career-best 2-2 from 3-point range to aid UTEP in securing a wire-to-wire 86-70 victory against FIU on March 1. She added 11 rebounds for her second double-double this season, in addition to a trio of helpers in 31 minutes of action.

The native of Poznan, Poland, followed that up by coming off the bench again to contribute 19 points, six boards and a personal-high five assists-with zero turnovers-in 31 instrumental minutes in the 80-75 triumph against the Lady Toppers. The two victories allowed UTEP to close out league play in style while also securing its first winning streak in league play this year.

Puc and the rest of the Miners will be back in action when they lock up with eighth-seeded Southern Miss in the opening round of the league’s pinnacle event at 10 a.m. MST/11 a.m. CST Wednesday.